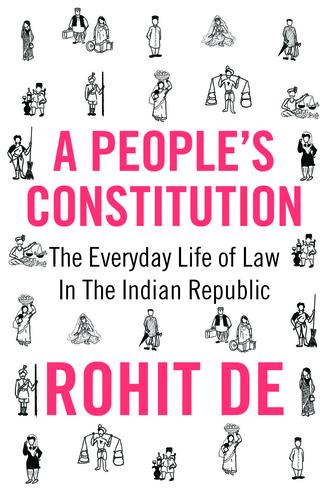 May 27, 2019
In the spirit of Willard Hurst’s own work, the Hurst Prize is given to the best work in socio-legal history. The field of socio-legal history is broadly defined to include the history of interrelationships between law and social, economic, and political change; the history of functions and impact of legal agencies, legislative and administrative as well as judicial; the social history of the legal profession; and similar topics.
2019 Hurst Prize Co-winner
Rohit De, Yale University
A People’s Constitution: The Everyday Life of Law in the Indian Republic(Princeton University Press)
Rohit De’s book is legal history at its best. It takes on a broad geography and a big topic, but does so with unrelenting texture and precision. The committee was particularly impressed with De’s ability to fill the gaping hole in the historiography of law in 20th-century India: by exploring the histories of the encounter between ordinary litigants and the Supreme Court, he places Indian legal history on the same historiographical terrain as the literature on the United States and Europe. In four highly readable case studies, De effortlessly guides his readers through the thickets of postcolonial India’s legal landscape. Throughout, he asks them to pause and reflect on how they might conceptualize the work that law does in this world – and indeed, what law itself is. His writing bears the imprint of generations of scholarship on law, society, and government, but does so with a lightness and grace that renders the prose accessible to readers across fields and disciplines, all of whom will find in the book a topic, theme, actor, or debate that will make them feel at home in new historiographical terrain. Put plainly, A People’s Constitution is a field-defining text: it marks out a wholly new territory of 20th-century legal history and establishes South Asia as the centerpiece of the conversation on global legal history. It will be an inescapable reference for generations.