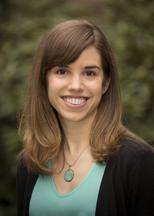 I am a historian of modern Latin America. My research and writing focus on urban politics and transnational expertise in twentieth-century Chile. My dissertation examines the history of the Santiago metro system in the context of shifting political regimes, foreign aid during the Cold War, and the environmental challenges of rapid urban growth. Because this major public works project cuts across Chile’s experiences with Christian democracy, democratic socialism, and military rule, it sheds new light on the break between democracy and dictatorship and the shift from state-led development to neoliberalism. I am particularly interested in how Chilean urban planners collaborated with French consultants and in how the metro’s history illuminates shifting visions of national progress.

I earned a BA in English from Reed College and an MA in Latin American History from the University of California, Berkeley. Prior to graduate school, I worked as a Fulbright English Teaching Assistant in Concepción, Chile. I was born and raised in Oregon.

At Yale, I work with Gilbert Joseph, Stuart Schwartz, and Joanna Radin. I also work with Peter Winn of Tufts University.

Itineraries of Expertise: Science, Technology, and the Environment in Latin America’s Long Cold War. Co-editor with Timothy W. Lorek of a book manuscript in progress, based on a conference convened at Yale in October 2016.

2014. “Moving the Masses: Toward a History of Public Transport in Postwar Latin America,” Mobility in History: Yearbook of the International Association for the History of Transport, Traffic, and Mobility, 89–95.