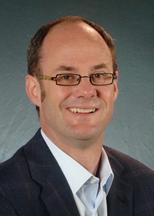 Daniel Botsman teaches courses on the history of Japan from 1500 to the present.

Born in Lae, Papua New Guinea (site of one of the many brutal battles fought between Allied and Japanese forces during the Second World War), he spent his formative years in Brisbane, Australia, where he was introduced to the Japanese language at a young age.  After an extended visit to Osaka as a high school student the study of Japanese history and society quickly became a guiding intellectual passion.  He went on to complete his B.A. in Asian Studies (Hons.) at the Australian National University in Canberra and was awarded the 1992 Rhodes Scholarship for his home state of Queensland. After two years at Merton College, Oxford, where he received an M.Phil. in Economic and Social History, he completed his graduate studies at Princeton University, earning his Ph.D. in History in 1999.

His first academic appointment was in the Faculty of Law at Hokkaido University in Sapporo, where he taught for a year before returning to the United States to take up a position in the history department at Harvard.  In 2006 he moved to the University of North Carolina at Chapel Hill, where he was recipient of the James M. Johnston Award for Excellence in Teaching.

Botsman’s publications include a translation of the memoirs of a prominent post-war foreign minister, Okita Saburo: A Life In Economic Diplomacy (Canberra: Australia-Japan Research Center, 1993), and a study of the history of punishment from the 16th to the 20th centuries, Punishment and Power in the Making of Modern Japan (Princeton: Princeton University Press, 2005), also available in Japanese as Chi nurareta jihi, muchi utsu teikoku (Tokyo: Intershift, 2009).

His current research examines the impact that Western ideas about slavery and emancipation had on Japanese society in the second half of the nineteenth century, focusing particularly on the experiences of Japan’s outcaste communities.