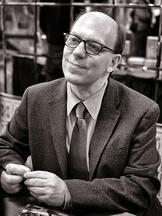 Greg Grandin, who received his doctorate at Yale University under the direction of Emilia Viotti da Costa and Gilbert Joseph, previously taught at New York University for nineteen years.  He is the author of seven books, including The Blood of Guatemala, which won the Latin American Studies Association’s Bryce Wood Award for best book published on Latin America in any discipline, The Last Colonial Massacre, Empire’s Workshop, Fordlandia, which was a finalist for the Pulitzer Prize, the National Book Award, and the National Book Critics Award, The Empire of Necessity, which won the Bancroft and Beveridge awards in American history, Kissinger’s Shadow, and The End of the Myth, which won the Pulitzer Prize for general non-fiction and was a finalist in the history category.  Grandin is a member of the American Academy of Arts and Sciences and the Society of American Historians.  He has co-edited, with Gil Joseph, A Century of Revolution, and, with Deborah Levenson and Elizabeth Oglesby, The Guatemala Reader.  Grandin has published widely, in The Nation, where he is a member of the editorial board,the London Review of Books, the New Republic, NACLA’s Report on the Americas, and the New York Times, among other venues.  He is a regular guest on Democracy Now!  A revised edition of Empire’s Workshop is forthcoming.