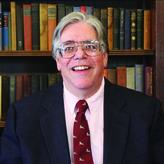 Bio:
Jay Gitlin received his BA. MM, and PhD degrees at Yale. His work focuses on the history of the French in the Mississippi Valley and the Great Lakes. His most recent books include an edited volume on French St. Louis (Nebraska, 2021); Country Acres and Cul-de-sacs: Reimagining Connecticut, 1938 to 1952 (Wesleyan, 2018); and a special issue of Quebec Studies on “Créolité: Identity, History, Culture” (2021). He is currently writing about comparative French and Latin Quarters in North America, Europe, and Africa. His first book, The Bourgeois Frontier: French Towns, French Traders & American Expansion, was published in 2010 by Yale University Press and won the 2010 Alf Andrew Heggoy Prize for the best book in French colonial history from the French Colonial Historical Society.  He has published numerous articles and contributed chapters to the Oxford History of the American West (Oxford, 1994) and The Louisiana Purchase and the Emergence of the American Empire (Congressional Quarterly, 2003). He is also co-editor and co-author of Under an Open Sky: Rethinking America’s Western Past (W.W. Norton, 1992).
Gitlin teaches courses on “Yale and America,” “Quebec and Canada,” and, with Professor Paul Kennedy, a class on ports, cities, and empires. He is also a member of the Urban Studies faculty and the Coordinator of the Committee on Canadian Studies for the MacMillan Center.