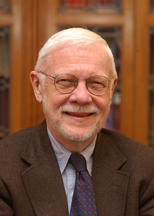 Jon Butler is Howard R. Lamar Professor Emeritus of American Studies, History, and Religious Studies at Yale University and has served as the Dean of the Graduate School of Arts and Sciences, 2004-2010, Chair of the Department of History, 1999-2004, and Chair of the American Studies Program, 1988-1993.  In 2010 he received the Byrnes-Sewall Prize for Teaching Excellence in Yale College and the Edward Bouchet Leadership Award for Diversity and Equal Opportunity.  He grew up in rural Minnesota and earned his B.A. (1964) and Ph.D. (1972) from the University of Minnesota.  His books include Power, Authority, and the Origins of American Denominational Order (Am Phil Soc, 1978; new ed. U of Ala Press, 2009), The Huguenots in America:  A Refugee People in New World Society (Harvard UP, 1983; Soloutos Prize and Chinard Prize); Awash in a Sea of Faith:  Christianizing the American People (Harvard UP, 1990; Outler Prize, the AHA Beveridge Award for Best Book in American History); Becoming America:  The Revolution Before 1776 (Harvard UP, 2000), and Religion in American Life:  A Short History, co-authored with Grant Wacker and Randall Balmer (Oxford UP, 2003), as well as many articles and reviews.  In 2006 he was awarded the degree of Doctor of Science, honoris causis, from the University of Minnesota.  He is writing a book, God in Gotham, about religion in Manhattan from the Gilded Age to the Kennedy election.