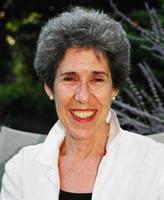 Laura Engelstein joined the history faculty in the fall of 2002 as professor in the field of modern Russian and European history. She received her Ph.D. from Stanford in 1976 and taught at Cornell and at Princeton before coming to Yale. Her research has focused on the social and cultural history of late imperial Russia, with attention to the role of law, medicine, and the arts in public life. She has also explored themes in the history of gender, sexuality, and religion.

Among her publications are Russia in Flames: War, Revolution, and Civil War, 1914-1921 (2018) and translated with Grażyna Drabik, Andrzej Bobkowski; Wartime Notebooks: France, 1940-1944 (2018); Moscow, 1905: Working-Class Organization and Political Conflict (1982); The Keys to Happiness: Sex and the Search for Modernity in Fin-de-Siecle Russia (1992); Castration and the Heavenly Kingdom: A Russian Folktale (1999); and Slavophile Empire: Imperial Russia’s Illiberal Path (2009); as well as an essay collection edited with Stephanie Sandler, Self and Story in Russian History (2000).

Professor Engelstein has received awards from the Guggenheim Foundation, the Woodrow Wilson International Center for Scholars, the National Humanities Center, and the Center for Scholars and Writers at the New York Public Library. She is a member of the American Academy of Arts and Sciences and a Corresponding Fellow of the British Academy.