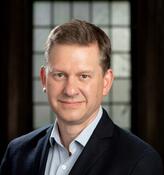 He received his A.B. and Ph.D. from Harvard University. His book Napoleon and the British (Yale, 2004), shortlisted for the Longman/History Today Book of the Year prize, considers British political uses of Napoleon Bonaparte. Other publications include articles on tourism and radical politics. A current research project treats early nineteenth-century British print culture and propaganda.

Before coming to Yale, Semmel was a tenured Associate Professor at the University of Delaware. He has also taught at Harvard, the University of Pennsylvania, American University, Peking University, and Yale-NUS College. He has been a fellow at the National Humanities Center and the Penn Humanities Forum. Courses include “From Oligarchy to Democracy: Britain, 1780-1914,” “Britain’s Empire since 1760,” “The World circa 1800,” and “British Identity since 1800” (graduate seminar). He also teaches classes on various aspects of “historical consciousness,” including the uses of history in literature, film, and television: “Thinking About History” (first-year seminar), “Screening the Past” (in the Humanities program), “Nineteenth-Century Historical Narratives” (in Humanities, with Professor Stefanie Markovits), and “The Crown” (first-year seminar, in Humanities). In the Directed Studies program, he teaches “Historical and Political Thought” (from Herodotus to Arendt).