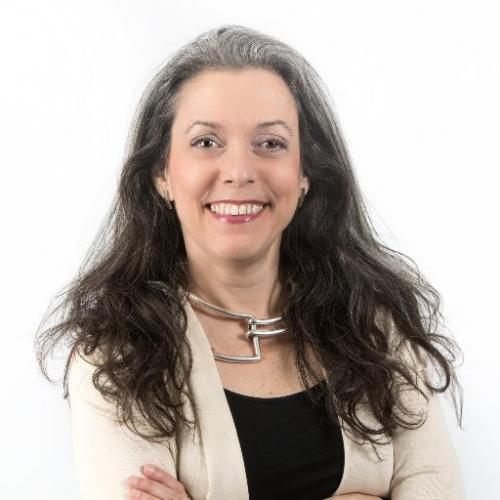 If she were more musical, Yale undergraduate Emily Yankowitz says she would have sung — to the tune of a song from the Broadway show “Hamilton” — the praises of Yale historian Joanne Freeman when presenting her with this year’s William Clyde DeVane Teaching Award, one of the highest accolades for teaching at Yale.

Freeman, a professor of history and American studies and a scholar of Hamilton, was one of two recipients of the honor, Yale College’s oldest award for outstanding teaching. Also receiving the award on Feb. 13 was Brian Skinner, professor emeritus of geology and geophysics.

The DeVane Award honors faculty who have distinguished themselves as teachers of undergraduates in Yale College and as scholars in their fields, and has been conferred annually since 1966 by the Yale Chapter of Phi Beta Kappa (PBK). William Clyde DeVane was dean of Yale College from 1938 until 1963, a long-time president of the Yale Chapter of Phi Beta Kappa, and former national president of the United Chapters of PBK.

Freeman specializes in the politics and political culture of the revolutionary and early national periods of American history. She is the author of the “Affairs of Honor: National Politics in the New Republic,” and edited the volume “Alexander Hamilton: Writings.” She has done extensive work in the realm of public history, including co-curating museum exhibitions, acting as a historical consultant for documentary filmmakers, and giving frequent public lectures at venues such as the Smithsonian Museum of American History, the National Gallery of Art, and Colonial Williamsburg, among other places. She has also worked as a historical consultant for the National Park Service in the reconstruction of the Alexander Hamilton Grange National Memorial.

In presenting the award to Freeman, Yankowitz said: “Beyond her enormous scholarly accomplishments, Professor Freeman is deserving of the DeVane Award because of her tremendous dedication to teaching undergraduates in her lectures and seminars. This perhaps is best illustrated by her ability to ‘humanize’ the actors involved in the early period of American history and her willingness to be human herself.”

Freeman encourages her students to see historical figures as multidimensional figures, Yankowitz said, and uses archival sources in her lectures to construct “narratives with many perspectives. “In doing so, she is able to turn the ‘Founders,’ figures who are memorialized in stone and on currency, into human people with distinct personalities and quirks.”

She also helps her students see the other side of arguments, Yankowitz said in her presentation.

“She devotes an entire lecture to the loyalist’s logic, helping her students to see the variety of reasons why individuals might not have sided with the rag-tag American army,” said Yankowitz. “Or to complicating the typical depiction of Benedict Arnold by explaining his motivations for betraying the American cause.”

Yankowitz also praised the way Freeman helps her students feel less intimidated by her “by not being afraid to be silly” and for mentoring her students through the writing process, helping them “to write clearly and convincingly.” Said Yankowitz: “Professor Freeman is proof that you can be an incredibly accomplished scholar, while being a wonderful, hilarious, and caring teacher.”