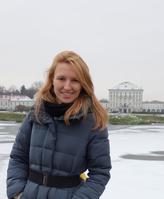 I am currently the Assistant Editor at Speculum: A Journal of Medieval Studies. I received my PhD from Yale in December 2016, and spent a fruitful year as the 2016-2017 Herdegen Postdoctoral Fellow at the Chemical Heritage Foundation in Philadelphia, PA.

My dissertation, supervised by Paul Freedman, concerns the history of alchemy in late medieval and early modern Cracow. My committee also includes Paul Bushkovitch, Barbara Shailor, and Jennifer Rampling (Princeton). Framed around an alchemical miscellany compiled in the Polish royal seat, the dissertation reconstructs the community of alchemists at the University of Cracow during its scientific flourishing at the end of the 15th century. Annotations, which are extensive and come from many readers over the next two centuries, allow us to consider what late medieval alchemy meant to later readers and to study their reading habits.

Heavily based in manuscripts, my dissertation research has taken me to libraries in London, Munich, Prague, and Cracow and has been generously supported by FLAS, the MacMillan Center, the Beinecke Rare Book and Manuscript Library, and a Fulbright grant to Poland.

In Spring 2015 I co-taught a course on Magic, Science, and Medicine in the Middle Ages. Meeting at the Beinecke Rare Book and Manuscript Library, the course allows students to study the topic through original source materials.

I received a BS in Mathematics and Humanities (with distinction) from Yale in 2008. My Humanities senior essay, on the cult of St. Isidore the Laborer in early modern Poland, won the Wolfgang Leonard Prize in Russian and East European Studies. Before turning to History, I studied for a post-bac year at Center for Women in Math at Smith College.