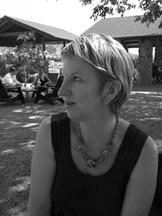 Bio:
Becky E. Conekin joined Yale in the Autumn of 2009. She holds a PhD in Modern European History from the University of Michigan, Ann Arbor and is currently Senior Research Fellow in European Studies, at the Whitney & Betty MacMillan Center for International and Area Studies, as well as Senior Lecturer in History at Yale University.  She serves on the Program Committee for Women’s, Gender and Sexuality Studies. For the decade prior to arriving at Yale, she taught at the London College of Fashion, University of the Arts, where she was Reader in Historical and Cultural Studies and for many years the Course Director of their MA in the History & Culture of Fashion.
She is a Fellow of the Royal Historical Society and author of numerous publications including: The Autobiography of a Nation: The 1951 Festival of Britain; Vernier: Fashion, Femininity & Form with Robin Muir; and as co-editor, The Englishness of English Dress and Moments of Modernity: Reconstructing Britain, 1945-1964, as well as the 10th anniversary issue of Fashion Theory dedicated to Vogue magazine. Her work has appeared in the international, interdisciplinary anthologies,The Design History Reader, (2010) and The Men’s Fashion Reader (2009). She is on the international editorial board of the journal, Twentieth Century British History. Becky Conekin has held fellowships and visiting professorships at the Center for Research in the Arts, Social Sciences and Humanities (CRASSH), the University of Cambridge; Ecole des Hautes Etudes en Sciences Sociales, Paris; the Center for British Studies, Humboldt University, Berlin; The Illinois Program for Research in the Humanities, University of Illinois, Champaign-Urbana and the International Institute, University of Michigan, Ann Arbor. She has written and spoken extensively on the model-turned photographer-turned-war correspondent, Lee Miller, and her book, Lee Miller in Fashion, 1927-1953, will be published by Thames and Hudson in 2013.  Her next monographic project is funded by the British Academy and the Leverhulme Trust and tentatively entitled Pretty Hard Work: A History of Fashion Modelling in London from the Bomb to Bowie.  Her most recent articles are: “Fashioning Mod Twiggy & the Moped in ‘Swinging’ London”, History & Technology, June/July, 2012, ISSN 0734-1512 print/ISSN 1477-2620 online and “ ‘Fierce Fragility’: Models”, an invited contribution to Nick Knight’s Showstudio, online essay, 18 June, 2012: http://showstudio.com/project/fashion_fetish#essay_models

She has supervised and examined PhD dissertations in Modern British history of art, music, fashion, education and contemporary culture.

In 2012-13 she is teaching a graduate seminar on 1968 in Europe, USA and Latin America, entitled Social Movements in Comparative Perspective, and a Junior History seminar on London & the Making of Modernity, 1880-Present, as well as supervising Senior Essays in 20th Century British History.