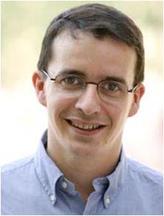 <br>Bruno Cabanes received his Ph.D. from the Université Paris-I Panthéon Sorbonne in 2002. He is particularly interested in the period of transition that followed World War I. He has analyzed this topic from a variety of angles : the demobilization of combat troops, the traumatic impact of war on soldiers and civilians, a comparative study of the different post-war periods in the twentieth century, and, more recently, the environmental history of war and its aftermath.

In his next book, Turning away from War. Humanitarian Rights in the Aftermath of the First World War  (Cambridge University Press, forthcoming), he studies the profound transformation of humanitarian practice, the institutional formation of a new discourse and new legal structures for humanitarian rights in the 1920s.

At Yale, he teaches undergraduate and graduate courses, including The Experience of War in the twentieth century, Shell shock to PTSD, The Cultural History of World War I, Surviving War in the Twentieth-Century, The Body in Modern Warfare, War and the Environment.