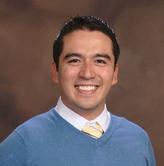 Gerardo, also known as “Con,” is a historian of science and technology. His dissertation is a history of software patenting during the second half of the twentieth century, and his works in progress study other aspects of the interface between computing and intellectual property in the same period. Although his primary research interests stand at the intersection of the histories of information technology, business, and law, his broader interests include the history of epidemics and women, gender, and sexuality studies.

Con received his B.A. in mathematics from Harvard University in 2008. His undergraduate thesis developed a series of examples in Kirby Calculus - a visual method to represent the structures of three- or four-dimensional surfaces. He then spent a year at the University of Cambridge, in the Department of History and Philosophy of Science, where he wrote an M.Phil. thesis on the plays and poems written by American people with HIV/AIDS and their loved ones. Born and raised in Costa Rica, Con enjoys eating sushi, following Tina Fey’s work, and playing video games.