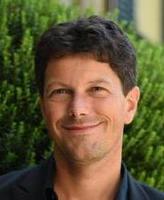 Early history of the Earth sciences (1200-1800); Renaissance scientific literature in the vernacular; generation in the long eighteenth century; material and visual culture of astronomy and natural history; science, religion and society

Bio:
Ivano Dal Prete’s research explores various aspects of the interaction of science, religion and society between the late Middle Ages and the early 19th century. His first book (2008) reconstructs the scientific culture of the Venetian mainland in the 18th century, focusing on social and political repercussions of local controversies on the history of the Earth and on human generation.  He has since published numerous articles on early modern embryology, scientific communication networks, and on the visual and material culture of 18th- and early 19th-century astronomy.
In recent years, Ivano Dal Prete’s work has questioned the normal assumption that the great geological age of the Earth was only “discovered” at the turn of the 19th century. In various articles and in a forthcoming book from Oxford University Press, Dal Prete argues on the contrary that the possibility of an extremely ancient Earth was common in medieval and Renaissance culture. This notion circulated freely even in vernacular works and in what we would call “popular science”, and it was not regarded as particularly problematic by the religious authorities. It was only in the course of the 18th century that the complexity and sophistication of pre-modern Earth history was replaced by the simplistic narrative that still informs our culture.
Ivano Dal Prete is an active amateur astronomer with a soft spot for Saturn and Mars, and he is the co-discoverer of several asteroids. In his next book, he will turn his attention to other Earths in the sky, and to the fascinating cultural history of extra-terrestrial life.
Selected Publications
Books

On the Edge of Eternity. The Antiquity of the Earth in Medieval and Early Modern Europe, Oxford University Press, 2022

“The Ruins of the Earth. Learned Meteorology and Artisan Expertise in Fifteenth-century Italian Landscapes”, Nuncius 33 (2018), 415-441.

“Vernacular Meteorology and the Antiquity of the Earth in Medieval and Renaissance Italy”, Philosophy and Knowledge in the Renaissance: Interpreting Aristotle in the Vernacular, ed. by Luca Bianchi, Simon Gilson, and Jill Kraye (London: Warburg Institute,  2017), 139-160.

“Cultures and Politics of Preformationism in Eighteenth-century Italy”, The Secrets of Generation: Reproduction in the Long Eighteenth Century, ed. by Ray Stephenson, Darren Wagner, Toronto, University of Toronto Press, 2015, pp. 59-78.