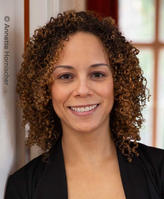 Bio:
Jennifer Allen is a historian of modern Germany with a particular interest in late twentieth-century cultural practices. Her first book, Sustainable Utopias: The Art and Politics of Hope in Germany (Harvard University Press, forthcoming) charts the history of Germany’s relatively recent efforts to revitalize the concept of utopia after the wholesale collapse of Europe’s violent utopian social engineering projects by the end of the twentieth century. She argues that, contrary to popular accounts, German interest in radical alternatives to existing society had not diminished. By braiding together case studies from three different milieux—the Berlin History Workshop, the German Green Party, and a loose collection of artists of public space—Allen demonstrates that Germans chose to resist an increasing sense of political disenfranchisement, social alienation, and cultural impotence in the 1980s and ’90s. Instead, they pursued the radical democratization of politics and culture in everyday life through a series of grassroots cultural projects. These groups not only envisioned a new German utopia but attempted to enact their vision. In doing so, they reclaimed utopian hope from the dustbin of historical ideas. In a related article (https://www.journals.uchicago.edu/doi/full/10.1086/701580), Allen traces how Germany’s grassroots commemorative practices became a model for international communities as diverse as Moscow, Buenos Aires, and Washington D.C., over the past thirty years.
Allen’s second book project, Insurance Against Total Destruction: A Postwar History of German Plans to Save the World, analyzes postwar German efforts to archive the raw materials needed to rebuild national and international cultures after total catastrophe. As the Cold War intensified, both sides of the Iron Curtain sought new ways to protect themselves against a possible hot war. Europe’s leadership recognized its relative powerlessness against the destructive capacity of nuclear weapons. Their pessimism about the future led them to plan seriously for the possibility of absolute destruction and its aftermath. But what might that disaster look like? And how could the world actually be pulled back from the brink of annihilation – not only atomic destruction but also climate catastrophe, even Malthusian collapse? As the frontline of Cold War antagonism, Germans – both East and West – were particularly motivated to engage these questions. To examine the range of answers Germans offered, Allen’s project brings together an unlikely pairing of postwar narratives: the history of West German efforts to preserve German cultural heritage and the history of East German efforts to preserve biodiversity through gene banking. This analysis starts in Germany but travels around the world to places like Ethiopia, Costa Rica, and the islands of the Arctic Circle. These blueprints for rebuilding whole cultures from scratch give us insight into the shifting values of European institutions of cultural power during and after the Cold War. Allen’s work brings together scholarship on future studies, environmentalism, decolonization and the relationship of the developed world to the Global South, and the cultural implications of actuarial science to examine how both sides of Cold War fought to preserve their self-conception as protectors of civilization.
Allen received her B.A. (2006) in political and social thought from the University of Virginia and her M.A. (2010) and Ph.D. (2015) in history from the University of California, Berkeley. Her work has been funded by the German Academic Exchange Service, the Volkswagen and Mellon Foundations, the Institute for Contemporary History in Munich, the American Academy in Berlin, and Yale’s MacMillan Center and Whitney Humanities Center. At Yale, Allen teaches undergraduate and graduate courses on modern German history, twentieth-century European history, the theories and practices of modern memory, counterculture and grassroots activism, and the history of the Holocaust.