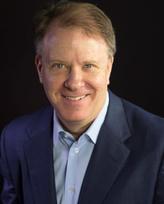 Manning specializes in Hellenistic history with particular focus on the legal and economic history of Ptolemaic Egypt. His interests lie in governance, reforms of the state, legal institutions, formation of markets, and the impact of new economic institutions (coinage, banking) on traditional socio-economic patterns in the ancient world. He is also deeply concerned with Papyrology, the interpretation of ancient sources, and bringing to bear the historical social sciences, particularly Economic Sociology and economic and legal theory, to ancient history.

He has published three monographs: The Hauswaldt Papyri. A Family Archive from Edfu in the Ptolemaic Period.  Demotische Studien, Vol. 12. Würzburg, 1997, Land and power in Ptolemaic Egypt. The structure of land tenure 332-30 BCE. Cambridge University Press, 2003, and The last pharaohs. Egypt under the Ptolemies, 305 – 30 BC. Princeton University Press, 2009 (appearing in October). He has also edited (with Ian Morris, Stanford University) a volume on economic history: The Ancient Economy: Evidence and Models. Stanford University Press, 2005, and Law and society in Egypt from Alexander to the Arab Conquest (330 BC-640 AD. Co-edited with J.G. Keenan & Uri Yiftach. Cambridge University Press. He is on the editorial boards of Studia Hellenistica (Leuven) and the Palgrave Studies in Ancient Economies.

Manning’s current research is situated at the intersection of Paleoclimatology and the economic history of the premodern world. He is particularly interested in ice core geochemistry, a very exciting and dynamic science. Manning is part of a small team that has been working on understanding the impacts of explosive volcanic eruptions on the Nile watershed.  The team has so far focused on the Ptolemaic period but plan on extending the study through Late Antiquity and examining the inter-regional impacts of climate change across the Mediterranean world, with particular focus on the Nile and Euphrates rivers.

Before coming to Yale, Manning taught for 12 years at Stanford University and two years at Princeton University. Manning is a Professor in both the Classics and the History Departments at Yale, and a Senior Research Scholar at Yale Law School. He is a collaborative member of Yale’s Program in Economic History. He received his B.A. from Ohio State, and his M.A. and Ph.D. from the University of Chicago.