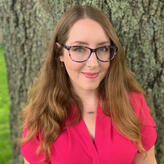 Bio:
Kelly O’Donnell is a historian of medicine whose research focuses primarily on gender and health politics in modern America. She has published widely on the history of feminist health activism, including several articles drawn from her dissertation, a biography of journalist and activist Barbara Seaman.
In 2020-2021, she was the NEH Postdoctoral Fellow at the Consortium for History of Science, Technology and Medicine. Prior to her fellowship, Kelly received her PhD from Yale’s Program in the History of Science and Medicine and worked at a historic women’s health advocacy non-profit organization in the Philadelphia area. She then joined Thomas Jefferson University’s College of Humanities and Sciences, where she taught courses in medical humanities and American studies.
Kelly is currently working on two book projects. The first interrogates the controversy over the safety of oral contraceptives in the early 1970s. The Pill Hearings: Science, Politics, and Birth Control is under contract with Rutgers University Press and will appear in the Critical Issues in Health and Medicine series. Using Senator Gaylord Nelson’s Senate Subcommittee hearings (and the protests against them) as its focal point, this book explores debates over biomedical expertise, patient rights, and medical paternalism.
The second book project rewrites the history of health care in the United States by centering the experiences of physicians’ spouses. Tentatively titled Hippocratic Vows: How the Doctor’s Wife Transformed American Medicine, the project illustrates why doctors’ wives had a significant impact on the professionalization, cultural reception, and reform of the medical establishment. It traces a number of major social and cultural changes, including the shifting gender composition of the health professions, women’s participation in the workforce, and the politics of marriage, over the course of the 20th century.
At Yale, Kelly teaches courses on the history of health activism, medical technologies, reproductive health, and gender and medicine. As a first-generation college student, she also hopes to serve as a resource for students who are the first in their family to attend college.
Selected Publications:
“The Activist Archive: Feminism, Personal-Political Papers, and Recent Women’s History,” Journal of Women’s History vol. 32, no. 4 (Winter 2020): 88-109. https://www.muse.jhu.edu/article/775485
“The Case Against the Doctors: Gender, Authority, and Critical Science Writing in the 1960s,” Journal of the History of Medicine and Allied Sciences vol. 75, no. 4 (October 2020): 429-447.
https://doi.org/10.1093/jhmas/jraa028
(With Stephen T. Casper) “The Punch-Drunk Boxer and the Battered Wife: Gender and Brain Injury Research,” Social Science & Medicine vol. 245 (January 2020):112688.
https://doi.org/10.1016/j.socscimed.2019.112688
“Our Doctors, Ourselves: Barbara Seaman and Popular Health Feminism in the 1970s,” Bulletin of the History of Medicine vol. 93, no. 4 (Winter 2019): 550-576.
https://www.muse.jhu.edu/article/744905
“Reproducing Jane: Abortion Stories and Women’s Political Histories,” Signs: Journal of Women in Culture and Society vol. 43, no. 1 (Autumn 2017): 77-96.
http://www.journals.uchicago.edu/doi/abs/10.1086/692444
Education:
Ph.D., History, Yale University, 2015
M.Phil, History, Yale University, 2013
M.A., History, Yale University, 2012
B.A., Liberal Arts, Sarah Lawrence College, 2009
Additional NavigationClose