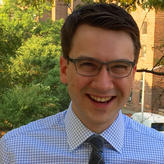 I am a Ph.D. candidate in early American history, with particular interests in the histories of politics, empire, and capitalism. My dissertation, “Speculation Nation: Land and Mania in the Revolutionary American Republic, 1776-1803,” examines the frantic wave of land speculation that swept across the early republic after independence. Reconstructing the political-economic ideas and strategies of a wide cast of characters implicated in the land business—from notable to notorious to unknown—I investigate the relationships between governments and finance during a period of political flux, and at the origins of U.S. empire.

My research has been generously supported by the McNeil Center for Early American Studies at the University of Pennsylvania, the Gilder Lehrman Institute of American History, and the New England Regional Fellowship Consortium, among others. I am also interested in gender history, and am the author of a microhistorical article, “Martha Bradstreet and the ‘Epithet of Woman’: A Story of Land, Libel, Litigation, and Legitimating ‘Unwomanly’ Behavior in the Early Republic,” which recently appeared in Early American Studies. (You can read about the article’s archival origins here.) I am also a founding contributor at The Junto: A Group Blog on Early American History.

Originally from Rochester, New York, I completed a B.A. in history at William & Mary and an M.A. and M.Phil. at Yale. Between college and graduate school, a Fulbright English Teaching Assistantship brought me to a university in Košice, Slovakia, where I taught English and American Studies. When not rummaging through monographs and archives, I love teaching about early America, working as a writing advisor at Yale’s Graduate Writing Center, cooking, sailing, choral singing, and taking long drives on historic roads. Please feel free to be in touch with any questions about Yale’s graduate program in history.