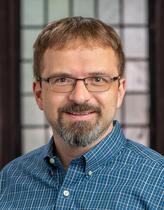 Sergei Antonov specializes in modern Russia after 1800, with particular interest in politics, culture, and society in the late imperial and early Soviet period (ca. 1850-1927). His research focuses on the history of Russian law, conceived broadly to include not just legislation and legal doctrines, but ways in which legal norms and institutions impacted the daily practices of ordinary persons, rich and poor, men and women, and served to define and protect private interests, resolve (or perpetuate) interpersonal conflicts, as well as to assert (or challenge) social power and authority.

Professor Antonov’s first book, Bankrupts and Usurers of Imperial Russia: Debt, Property, and the Law in the Age of Dostoevsky and Tolstoy, appeared from Harvard University Press in 2016. It won the Ed A. Hewett Book Prize for an outstanding publication on the political economy of Russia, Eurasia and/or Eastern Europe, awarded by the Association for Slavic, East European, & Eurasian Studies. It is the first full-length history of the culture of personal debt in Russia. Based on close readings of previously unexamined court cases, it argues that informal personal debt was central to the imperial-era regime of private property, which, in turn, underpinned Russia’s social and political stability. Moreover, this culture of credit and private property was rooted in a reasonably efficient and vigorous legal culture and legal tradition, thus contradicting the commonly held view of Russian law as underdeveloped or even a “fiction.” Aiming to connect issues of money, capitalism, and the law to their broader cultural context, Professor Antonov’s book is intended for readers interested in a broad multidisciplinary perspective on imperial Russia during a crucial period of its history.

Professor Antonov’s current research projects focus on the culture of crime and criminal justice in late imperial Russia as well as on Russian serfdom as a legal regime. Some of this research has been published by Novoe Literaturnoe Obozrenie and is forthcoming from Slavic Review and Law and History Review. He earned his doctorate from Columbia in 2011 and his J.D. from NYU in 2002. His dissertation research was funded by an IREX IARO Research Scholarship and by the ACTR Research Scholar Program. Before coming to Yale, he taught at Columbia and the City University of New York, and was a postdoctoral fellow at the Harriman Institute, Columbia University, in 2012-2013. A native of Moscow, he came to the US in 1992 and earned his B.A. from Washington and Lee University, summa cum laude, in 1999.