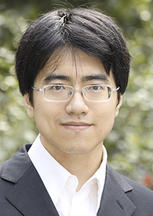 Taisu Zhang is a Professor of Law at Yale Law School and works on comparative legal and economic history, private law theory, and contemporary Chinese law and politics. His first book, The Laws and Economics of Confucianism: Kinship and Property in Pre-Industrial China and England, was published by Cambridge University Press, and received the 2018 Presidents Award from the Social Science History Association and the 2018 Gaddis Smith Book Prize from the MacMillan Center for International and Area Studies. A second book, The Ideological Foundations of the Qing Fiscal State, is in progress. He has published articles and book chapters on a wide array of topics, winning awards from several academic organizations, and is a regular essayist on Chinese law, society, and politics in media outlets.