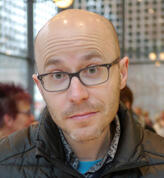 Bill Rankin’s research focuses on the relationship between science and space, from the territorial scale of states and globalization down to the scale of individual buildings. He is particularly interested in mapping, the environmental sciences and technology, architecture and urbanism, and methodological problems of digital scholarship, spatial history, and geographic analysis (including GIS). 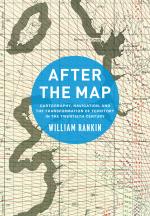 His prize-winning first book, After the Map: Cartography, Navigation, and the Transformation of Territory in the Twentieth Century (University of Chicago Press, 2016), is a history of the mapping sciences in the twentieth century. It tracks the shift from the god’s-eye view of the paper map to the embedded experience of GPS, and it analyzes the role of mapping both in the macropolitics of US global power and in the micropolitics of everyday subjectivity and the unexpected uses of new technologies. More information is available on the book’s website, www.afterthemap.info.

In addition to his historical work, Bill is also an award-winning cartographer, and his maps have been published and exhibited widely in the US, Europe, and Asia. Most of this work is available on his website, www.radicalcartography.net, maintained since 2003.

Bill is currently working on two book projects. One is a spatial history of the environmental sciences since 1960 that explores the changing relationship between graph-like knowledge and map-like knowledge. The other is a more methodological-theoretical book on mapping and visual communication.
Courses Taught

Global Catastrophe since 1750
Cartography, Territory, and Identity
Geography and History
Problems in the History of Science

After the Map: Cartography, Navigation, and the Transformation of Territory in the Twentieth Century. Chicago: University of Chicago Press, 2016.

Winner of the 2017 Sidney Edelstein Prize for best book from the Society for the History of Technology, the 2017 SSHA President’s Book Award for best first book from the Social Science History Association, and two Yale awards: the 2017 Gaddis Smith International Book Prize from the Yale MacMillan Center and the 2018 Samuel and Ronnie Heyman Prize in the humanities.

Articles and Book Chapters
“Race and the Territorial Imaginary: Reckoning with the Demographic Cartography of the United States.” Modern American History 3 (Nov 2020): 199–230.
“How the Visual Is Spatial: Contemporary Spatial History, Neo‐Marxism, and the Ghost of Braudel.” History and Theory 59 (Sept 2020): 311–342.

“The Accuracy Trap: The Values and Meaning of Algorithmic Mapping, from Mineral Extraction to Climate Change.” Environment and History (online before print, 2020). Winner of the 2021 Joel A. Tarr Envirotech Prize for best article on the history of technology and the environment in the last 18 months (awarded by SHOT, presented at ASEH).

“Mapping Time in the Twentieth (and Twenty-First) Century.” In Time in Maps: From the Age of Discovery to Our Digital Era, edited by Kären Wigen and Caroline Winterer. Chicago: University of Chicago Press, 2020.

“Zombie Projects, Negative Networks, and Multigenerational Science: The Temporality of the International Map of the World.” Social Studies of Science (June 2017; online 2016): 353–375.

“The Geography of Radionavigation and the Politics of Intangible Artifacts.” Technology and Culture 55 (July 2014): 622–674. Winner of the 2016 Maurice Daumas Prize for the best article in “the history of technology in any period of the past or in any part of the world” and the 2015 Bernard S. Finn IEEE History Prize for the best paper on the history of electrotechnology (power, electronics, telecommunications, and computer science).

“The ‘Person Skilled in the Art’ is Really Quite Conventional: U.S. Patent Drawings and the Persona of the Inventor, 1870-2005.” in Making and Unmaking Intellectual Property: Creative Production in Legal and Cultural Perspective, edited by Mario Biagioli, Peter Jaszi, and Martha Woodmansee, 55–75. Chicago: University of Chicago Press, 2011.

“Infrastructure and the International Governance of Economic Development, 1950–1965.” In Internationalization of Infrastructures, edited by Jean-François Auger, Jan Jaap Bouma, and Rolf Künneke, 61–75. Delft University of Technology, 2009.

“The Reification of Sound: Recording Technology and the Changing Ontology of Music.” Open Space 8/9 (Fall 2006–Spring 2007).

Selected Maps and Essays on Cartography
“The Shape of Slavery.” The Pudding, January 2017.

Map: “The Human Hemisphere.” In The Best American Infographics 2016, edited by Gareth Cook with an introduction by Robert Krulwich. Boston: Houghton Mifflin Harcourt, 2016.

Maps: “My Cities,” “We The People?” and “The Cargo Chain,” in Experimental Geography: Radical Approaches to Landscape, Cartography, and Urbanism, edited by Nato Thompson, 124–129. Brooklyn: Melville House, 2008.