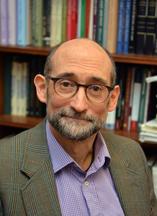 Intersection of Jewish history and European history since the 16th century

David Sorkin is interested in finding new approaches to the intersection of Jewish and European history since the 16th century.

He first examined the formation of Jewish culture in the German states, which he came to understand as a “subculture.” The Transformation of German Jewry, 1780-1840 (1987) won the Present Tense/Joel H. Cavior Literary Award for History. In a commissioned study of Moses Mendelssohn’s Jewish thought he emphasized the neglected Hebrew works. Moses Mendelssohn and the Religious Enlightenment (1996) has been translated into French, German and Italian. In the Sherman Lectures delivered at Manchester University (UK) he used comparison to remove the “Haskalah” (Jewish Enlightenment) from its conventional parochial setting. Those lectures were published as The Berlin Haskalah and German Religious Thought (2000).  He crossed confessional boundaries and national borders to reconceive the relationship of the Enlightenment to religion in The Religious Enlightenment:  Protestants, Jews and Catholics from London to Vienna (2008), which was featured in a New York Times’ “Beliefs” column (October 11, 2008, A21).

He is the co-editor of three volumes.  Profiles in Diversity:  Jews in a Changing Europe, 1750-1870 (1998) studies how individual Jews and families experienced major historical changes.  New Perspectives on the Haskalah (2001) emerged from the first international conference devoted to the subject.  “What History Tells”: George L. Mosse and the Culture of Modern Europe (2004) is a tribute to his undergraduate teacher and mentor.  He also served as Associate Editor of The Oxford Handbook of Jewish Studies (2002), which won the National Jewish Book Award.

He recently published, Jewish Emancipation:  A History Across Five Centuries (2019), in which he argues that the attainment of civil and political rights or equality is the principal event of modern Jewish history.  He is currently writing a history of emancipation politics, a critical yet neglected subject.

He has received grants from the British Academy, the National Endowment for the Humanities and the John Simon Guggenheim Memorial Foundation.  He has twice been a Visiting Professor at the École des Hautes Études en Sciences Sociales (Paris) and at the Scuola Normale Superiore (Pisa).  He has also been a Visiting Fellow at the Max Planck Institut für Geschichte (Göttingen); All Souls College, Oxford; the Center for Advanced Judaic Studies at the University of Pennsylvania; and the Swedish Collegium for Advanced Study, Uppsala.