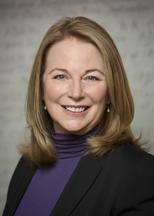 Bio:
Glenda Elizabeth Gilmore is the Peter V. and C. Van Woodward Professor of History, African American Studies, and American Studies.  She earned her Ph.D. at the University of North Carolina at Chapel Hill.  Her most recent book, These United States:  A Nation in the Making, 1890 to the Present, coauthored with Thomas Sugrue, appeared as a trade book in October, 2015, published by W. W. Norton.  It was published as two textbooks in the spring of 2016, one on 1890 to the present, and the other on 1945 to the present.  Defying Dixie: The Radical Roots of Civil Rights, 1919-1950, was one of the American Library Association’s Notable Books of 2008, and the Washington Post’s Best Books of 2008. She is the editor of Who Were the Progressives? and co-edited Jumpin’ Jim Crow: Southern Politics from Civil War to Civil Rights.  Her first book, Gender and Jim Crow:  Women and the Politics of White Supremacy in North Carolina, 1896-1920, published in 1996, won Frederick Jackson Turner Award, the James A. Rawley Prize, the Julia Cherry Spruill Prize, and the Heyman Prize.  She is at work on a study of the African American artist Romare Bearden and his family interpreted through his artistic work, to be published by the University of North Carolina Press.
Recent articles include “Which Southerners?  Which Southern Historians?  A Century of Teaching Southern History at Yale,” The Yale Review (January 2011): 56-69, and “’Am I a Screwball, or Am I a Pioneer?’:  Pauli Murray’s Civil Rights Movement,” in Walter Isaacson, ed., Profiles in Leadership:  Historians on the Elusive Quality of Greatness (W. W. Norton, October, 2010), “Romare Bearden’s Mecklenburg Memories,” in Mary L. Corlett, Leslie King Hammond, Jae Emerling, Carla Hanzal, and Glenda Gilmore,Romare Bearden:  Southern Recollections (London and New York: D Giles Ltd. October, 2011), and “The 2008 Election, Black Women’s Politics, and the Long Civil Rights Movement,” in Liette Gidlow, ed., Obama, Clinton, and Palin:  Making History in Election 2008 (Urbana:  University of Illinois Press, Fall 2011).
Gilmore received fellowships from the American Council of Learned Societies and the Liguria Study Center in Bogliasco, Italy, in 2013-2014.  She is a Fellow of the Society of American Historians, and has received fellowships from the Guggenheim Foundation, the National Humanities Center, the National Endowment for the Humanities, the Woodrow Wilson Foundation, the Center for Advanced Study in Visual Arts, and the Institute for Advanced Study at Radcliffe at Harvard University.  She is a former president of the Southern Association for Women Historians. She is finishing A Homeland of His Imagination: Romare Bearden’s Southern Odyssey in Time and Space to be published by the University of North Carolina Press. She will be a visiting fellow at Trinity College, Dublin in the fall of 2017.
In 2015-2016, she won Yale’s Sidonie Miskimin Clauss ’75 Prize for Teaching Excellence in the Humanities.  A recipient of Yale’s Graduate Mentoring Award, she has directed thirty-seven completed dissertations and served as a committee member for twenty-seven completed dissertations.
Gilmore offers graduate reading and research courses in 20th century political and social history, African American history after 1865, and the history of the South since 1865. She teaches undergraduate courses on African American history, the Progressive Era, and U.S. Political and Social History, 1900-1945.  She is also on the faculty of African American Studies and American Studies.